Do I hear you say “of course you’d say that”? Although we are in agreement with that statement for say the year 2016-2018, it was the Mitsubishi president Osamu Masuko who stated it recently according to an article in Drive yesterday.  For anyone who has been following the evolution of electric vehicles it is simply stating the obvious. 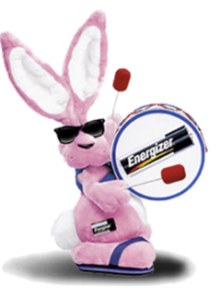 With a global rush in battery research, economies of scale in production, the increasing difficulty in finding ‘easy’ oil to extract and stricter emissions standards, the internal combustion engine’s days are numbered.  Some might argue the point and refer to the current limited uptake globally of electric vehicles, the perceived issues of range, the current uncompetitive purchase price – but in a few short years those arguments will fade like the morning mist in the light of the sun.  Think back to mobile phone technology or iPods or iPads or social media.

These technologies all started slowly and some were initially extremely expensive (anyone remember the cost of a mobile ‘brick’ phone?) but the uptake was rapid and economies of scale and technological advancement made them cheaper and ubiquitous.  Mitsubishi has now acknowledged this as has Nissan and virtually all other car manufacturers.

VW have already thrown down the gauntlet to everyone in the industry with their stated aim of being the biggest manufacturer of electric vehicles by 2018.  By the end of 2014 VW and its brands will have 14 pure electric and plug-in hybrids on the market.

The main reasons why the majority of advanced economies (the Australian government is still dithering) are offering incentives for the switch to clean vehicles are:

The apologists for the internal combustion engine (and the oil industry) will say it isn’t so but the wave of change has already begun and is unstoppable.  It’s nice to see the manufacturers are all singing from the same song sheet these days.