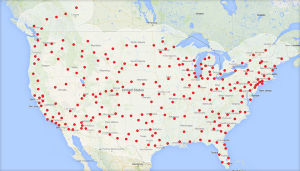 Time to Wake Up

…More and more the advance of EVs and EV infrastructure is gaining ground seemingly everywhere except for sleepy old Australia.  With just a few notable exceptions, for example Tritium with their powertrains and fast chargers, there is limited activity in the local marketplace – EV sales in Australia are pretty dismal and infrastructure is being built at a snail’s pace.  This is despite the evidence that a robust EV market is developing in Europe, North America, Japan, China – pretty much all our major trading partners.

Sales of EVs globally have surpassed half a million since 2010 and the growth curve is beginning to take on a distinctive J appearance – click here to have a look at plug in sales.  The latest BMW i3 offering has already sold over 5,400 with thousands more on back order in the first half of 2014.  Small numbers by overall BMW sales but another indication that both manufacturers and buyers are recognising EVs are not a flash in the pan soon to be forgotten trend.

This trend looks set to continue with more models entering the market and more infrastructure being put in place.  Recent announcements by Tesla of sharing their technology has led BMW to do the same thing!  Are we seeing the beginning of a quite radical idea in the motor industry of open source on technology and innovation?  It certainly seems possible. 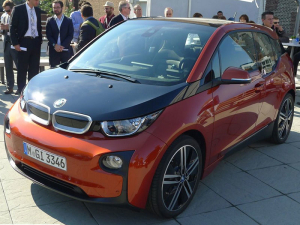 The expansion of the Tesla Supercharger stations (free for Tesla owners) has spurred others such as Nissan to introduce free charging for their own customers at 2,600 charge stations in 10 major cities in the US for the first 2 years driving.

Of course all of this is happening overseas with just passing mention in our own media – as if this wave of change will not quite reach the shores of the sun burnt land.  An attitude that will leave us further behind in the welcome change to cleaner air in our cities, a massive saving in health costs, better energy security for our vehicle fleet and a healthier balance of payments sheet.

The Australian taxpayer may not be aware that they are already subsidising ($5.8 billion annually in health costs due to air pollution) the oil industry and current crop of internal combustion engine vehicles.  Wouldn’t it make sense to subsidize EVs and get rid of this recurring health cost impost?