Is Tough Oil too Tough?

Is Tough Oil too Tough? 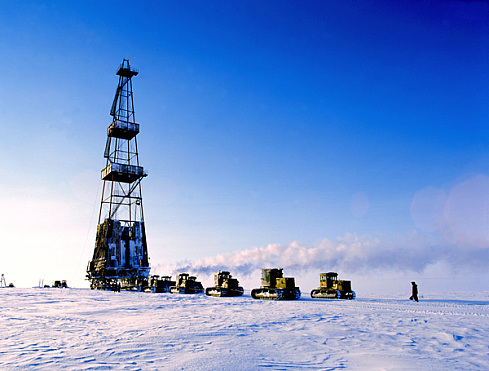 Some now suggest that M King Hubberts theory of ‘Peak Oil’ first developed in the 1950’s is dead and buried.  The theory suggested that as oil fields (‘easy oil’) were discovered and developed the production would meet a peak and then taper off as the oil became increasingly more difficult to extract.

With new technologies to suck out more of what’s left in the existing ‘easy oil’ fields and for exploiting ‘tough oil’ such as shale, tar sands, natural gas liquids, coal-to-oil and gas-to-oil and those hard to get at places such as the Arctic, it would seem that oil supply is secure into the foreseeable future.  But does it then follow that production will continue to grow as the human population increases?

Not necessarily so according to the very organisation, the International Energy Agency,  that highlighted the technological advances in its November 2012 report, World Energy Outlook,  that heralded the demise of ‘peak oil’.  Seems it’s had a bit of a rethink in the latest World Energy Outlook Update published 2014.  Yes the technological advances mean that more of the ‘tough oil’ can be extracted but this must be balanced with the depletion of the ‘easy oil’ reserves primarily located in the middle east.

It may mean that with the advances in technology more and more of the difficult reserves can be brought on stream but at substantially more cost.  On top of that, as climate change effects continue to manifest and political action is demanded by the worlds citizens, stricter controls on fossil fuels are an inevitability.

This is already happening in many places around the world .  It would be safe to assume (apart from anomaly of the land down under) that more tightening on fossil fuel emissions will be a political imperative as the economic penalties of climate change become more apparent. So what is the risk of stranded assets for oil and gas?

In the update published this year for the 450 scenario (450 ppm to limit temperature rise to 2°c): “We estimate the value of these stranded exploration costs to be about $130 billion in the case of oil and about $50 billion for gas”.  The report also has a New Policies Scenario (basically business as usual) but in this case, where these assets would not be at risk, we’d have a world with not a lot of future for the human species.

We will never run out of oil it seems but we never ran out of rocks either to emerge from the stone age.  Electric transport time.