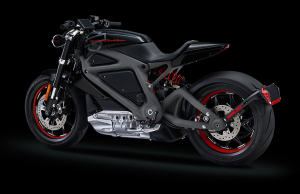 We don’t normally comment on electric motorcycles but the most recognised motorcycle brand in the world, Harley Davidson, has produced an electric bike and wants customer feedback.  Many who associate themselves with HD will be under impressed while those looking to the future will recognise it’s an inevitability and a sign of the times.

This will be HD’s test arena for an electric motorcycle.  The Project Livewire Experience is a 30 city tour of the US where potential customers will be able to ride the bike and provide feedback.  Looks like this is a prototype that won’t hit the streets for perhaps another year or two.   Project Livewire will travel to other countries in 2015.  Many of the comments on the HD website complain about the loss of noise from the ‘pipes’.    Other more enthusiastic comments are from people who are attracted to the whole style and look of the machine.

The range of this prototype will be pretty limited – about 85kms but this is a prototype and it should be relatively straightforward to at least double that range for a production model.  The most interesting aspect of this is the fact that HD are actually doing it.  They have such influence on the global motorcycle stage that it will give more credibility to existing electric motorcycle manufacturers such as Zero.  Scot Harden, vice president of global marketing at Zero commented: “It does validate what we’ve been doing; it adds additional credibility to it – the marketing horsepower of Harley-Davidson is going to be able to do things for us that we can’t do on our own”. 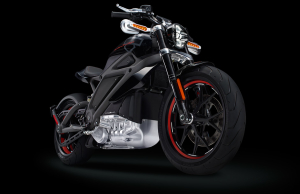 It’s interesting to see the progress of electric bikes over the past 5 years.  When the Isle of Man Electric TT Zero first started in 2009 the fastest lap speed was 140.7 kph – a speed that was achieved in 1938 by a Norton 500 Manx Special.  By 2014 however the fastest lap speed for an electric bike had improved to 188.9 kph – a feat that took petrol powered bikes almost 50 years to achieve (read more).