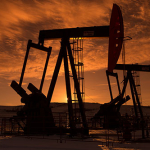 Ok so the video below illustrating how much electricity is used in oil refining is from the UK but the same applies to any refinery when it comes to electricity use.

Many of the nay sayers of electric transport point out (correctly to an extent) that EVs use electricity generated by coal fired power stations or as the ‘own goal’ perfectionist Jeremy Clarkson tells us – this EV is burning coal.

Well this is true to an extent but electricity generation in most nations is not exclusively produced from burning coal.  There is generally a mix of coal, gas, hydro, nuclear and increasingly renewables in the form of solar and wind. In Australia about 70% of electricity is generated from coal.  Not only do petrol driven vehicles produce CO2 (plus a heady cocktail of potent toxic emissions), the petrol they are burning has been refined using enormous quantities of electricity.

Have a look at the staggering amount of electricity that is used in refining oil:

This double whammy from the oil industry is simply another reason why we should be moving to a clean fleet as quickly as possible.