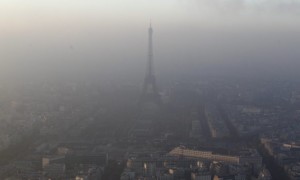 Dieselgate, the scandal that exploded the myth of clean diesel, was the final nail in the coffin for this highly toxic carcinogen. Dead but not yet buried the writing has been on the wall for some time that diesel is ‘fuel non grata’ in many cities of the world with Paris, Madrid, Mexico City and Athens committing to rid this pernicious fuel from their streets by 2025. The announcement was made in a statement released at the C40 Mayors Summit in Mexico City on 2nd December 2016.

Just to recap how poisonous this culprit is, diesel contributes 15 times more of secondary organic aerosol (SOA) emissions than petrol according to studies conducted by UC Berkeley researchers. These SOAs are a major component of fine particle pollution (PM2.5) responsible for a range of health issues including lung cancer, asthma and heart disease. Currently the EU estimates 467,000 premature deaths are caused annually by air pollution throughout Europe with diesel being a major contributor to the problem. One of the other major contributors is coal based power stations.

Ridding these cities of diesel emissions will not only improve health outcomes but may also trigger similar behaviour in other cities which suffer the same health and financial burdens. It will also reduce the significant financial impost on health services. For example, the UK spends £20 billion annually on air pollution related health costs which is just under 16% of the budget for the UK National Health Service. Costs in Australia are estimated to be around $4 billion annually.

Getting rid of diesel vehicles will be a trend moving forward for the big cities of the world as they continue to tackle the problem of diminishing air quality. The mayor of Paris, Anne Hidalgo, has been a vocal opponent to diesel and highly polluting vehicles for some time – “We no longer tolerate air pollution and the health problems and deaths it causes. Big problems like air pollution require bold action, and we call on car and bus manufacturers to join us.” French researchers have put the annual air pollution bill for France at €101.3 billion!

Although not yet buried the death of diesel is being recognised more and more throughout the world. We can all be grateful that VW were exposed and gained world notoriety by their emissions cheating software. It has since been recognised that many others in the industry engaged in similar tactics. As a result, VW has changed its whole approach to embrace electric mobility as management sees no future in the current toxic products it manufactures.

More people die from air pollution than wars, terrorist activity, suicides, homicides and car accidents combined. It is a massive global problem and diesel is one of the major contributors.  It’s a smelly toxic carcass that needs to be buried quickly. This major announcement from the Mayors Summit is a welcome move in the right direction.