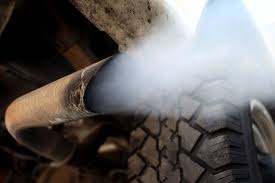 ”Given the size of the economic cost of the health effect of air pollution, the benefits of reducing that burden could easily outweigh the monetary cost of investments in more ambitious programs to reduce pollution.” So reads the latest report from the OECD, called The Cost of Air Pollution: Health Impacts of Road Transport.

As we have been saying at MEC for a long time, subsidizing electric and other non polluting vehicles should be looked upon as prevention. Prevention would be much cheaper than this recurring $5.8 billions dollars annually spent on taxpayer funded health services. Prevention is always cheaper than cure.

Each time I’ve heard the idea of incentives for EVs raised in Australia, it’s been drowned out by those who don’t want to see their tax dollars subsidizing clean transport. Seems it’s ok to subsidize toxic transport by paying billions every year in health and economic costs.

Incentives are not right or left, they are not green or blue or red – they are a mechanism by which we can clean up our city air, save the lives of our families, friends and neighbours and save billions of dollars in the taxpayer clean up of our poisonous fleet.