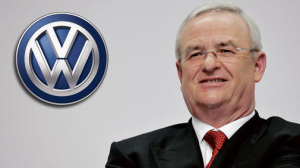 In a spectacular example of corporate criminality, VW have admitted to gaming the test results of emissions on a range of diesel vehicles.  When initially confronted with the allegation they denied it and stated that the lab tests must have been flawed.  This calculated deception must have been hatched at the highest levels of management and it will be interesting to see the fallout within the company.

Already more than half a million cars are being recalled in the US and investigations are now spreading around the world.  The company has admitted that 11 million of its vehicles globally have been fitted with the gaming device. This will no doubt mean a forensic look at other car companies to see if this type of behaviour is limited or widespread within the industry.  VW stock has been crucified, losing 30% of its value in a matter of days – it is a damning indictment of the brand.

Just days before the story broke VW brand Porsche were the toasts of the Frankfurt Motor Show as they unveiled their Porsche Mission E, electric 4 seater sports/supercar due for production around 2018.  Any environmental kudos they may have enjoyed for that brief moment has been completely overshadowed by the blatant and arrogant disregard for their customers, their shareholders, the law, the environment and the health consequences for all of us breathing in the cancerous emissions from their diesel vehicles.  The real emissions figures of their vehicles were up to 30 times worse than stated by the company.  Over 3 million plus people die annually from outdoor air pollution with vehicle emissions playing a significant role.

The story unfolded as John German of the International Council on Clean Transportation (ICCT) set out last year to prove diesel vehicles were now cleaner than other cars.  But the figures didn’t stack up and at first the thinking was their road tests results were wrong or there was a problem with a particular vehicle they tested.

Mr German was reported shocked at the results of the ICCT testing.  “CARB (California Air Resources Board) tested the vehicles on the official test cycle, and those vehicles passed on the lab, on the official test,” he said. “And yet our measurements showed the emissions were five to 30 times the standards over every route we drove. It was very high.”

Car recalls are not unusual and sometimes late in the piece but there has never been a hint to date that an auto manufacturer has deliberately planned to circumvent safety or other laws by incorporating devices to ‘fool’ the testing agencies.

VW CEO in the US, Michael Horn stated: “In my German words, we totally screwed up.”  VW CEO Martin Winterkorn stated he was “endlessly sorry” for the criminality.  He didn’t resign but it’s been announced he will be replaced on Friday by CEO of Porsche Matthias Müeller.  A total screwup? Endlessly sorry?  OMG – a screwup is when something unexpected happens, eternally sorry will be small comfort to the shareholders and customers who have suffered from criminal fraudulent behaviour.

So will the usual corporate outcomes apply to this blatant fraud – that is, the shareholders take the hit, a few high ups fall on their swords and walk away with bit fat golden handshakes.  This really does deserve the full might of the law and lengthy prison sentences for those who authorised and were complicit in this outrageous criminal activity.

Don’t forget to become one of our switched on subscribers – you get exclusive content and EV news – great articles, EV topics & information – we will never spam you or share your details… just click below
September 23rd, 2015|Tags: Air pollution, Health Issues, premature deaths, Volkswagen, VW|