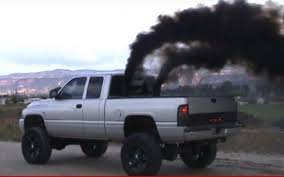 The diesel scam by VW continues to evolve with the US Environmental Protection Agency expanding its investigation to see whether other manufacturers were cheating the system. The EPA is now looking in to the BMW X3, the Range Rover TDV6, Chrysler’s Grand Cherokee Jeep, the Mercedes Benz E250 BlueTec and GM’s Chevrolet Colorado.  All the companies have stated they did not install ‘defeat devices’ in their vehicles.

In another blow to VW, it’s been revealed owners of the doctored vehicles claimed $50 million in ‘clean car’ credits and it’s reported that VW put pressure on the EPA to allow the diesel vehicles to claim ‘electric car’ credits.  They were apparently very upset when told their diesel vehicles did not qualify for such incentives – the hide of this organisation trying to get EV credits for a diesel vehicle with up to 30 times dirtier emissions than their fraudulent lab testing results is something to behold.  It is also reported that China is now investigating the scandal and a downgrading of VW by credit ratings agency Standard and Poors has further damaged the brand.  Their long term credit rating has been cut from A to A minus with a warning of more cuts to come as the depth of the scandal progresses and S&P is able to evaluate the position further.

Meanwhile as a result of the fraud, investors with up to a trillion dollars in assets under management are demanding answers from some of the biggest auto manufacturers (including VW and GM) about their lobbying activities in regards to emission standards. An investors rights group called ‘ShareAction’ has initiated correspondence with Volkswagen, BMW, Honda, Daimler, General Motors, Ford, Fiat, Peugeot and Toyota asking what their lobbying position is to new regulations in the US and Europe regarding emission standards.

The fraud may signal the demise of diesel altogether over the coming years as air quality issues in cities like Paris and London have led to the proposal of banning diesel vehicles completely by 2020.  Diesel was cited by the World Health Organisation as cancer causing in 2014 and the adverse health effects from nitrous oxides have been scientifically documented for over 20 years.

Diesel vehicles have not made major inroads to the US market and this scandal could be the death of diesel in the US altogether.  The share of diesel vehicles in the European market is more than 50%.  However with the citizens of many major cities sucking in poisonous diesel emissions which are now known to be many times greater in the case of VW to what they have been led to believe, it would seem that public opinion will demand even greater restrictions on the use of these vehicles.

This scandal will be a body blow to the internal combustion engine overall as governments demand further reductions in levels of toxic emissions and greenhouse gases.  The obvious alternative is to turn to Ultra Low Emissions Vehicles (ULEV) and begin to restore public confidence in air quality levels.  Over 3 million people die annually from the effects of outdoor air pollution with tailpipe toxicity a major contributor.  The fraudulent activity by VW may accelerate the uptake of EVs globally even faster in coming years.  The MEC tagline is “for a clean air future” – let’s hope we get there sooner rather than later.

Don’t forget to become one of our switched on subscribers – you get exclusive content and EV news – great articles, EV topics & information – we will never spam you or share your details… just click below
October 13th, 2015|