Do Electric Vehicles cause Cancer?

Do Electric Vehicles cause Cancer? 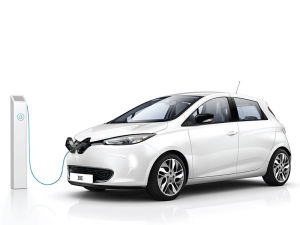 This topic was raised by a reader on the MEC Facebook page.  Unfortunately the comment was written by someone who became quite abusive when replied to with research that challenged his position.

It’s a legitimate question as Electro Magnetic Field (EMF) radiation is a real thing.  It was something I was very concerned with myself when I first considered an EV (and a mobile phone for that matter).  When you sit in any vehicle (whether petrol/diesel/hybrid/ev) you are subjected to it.

You are also bathed in EMF on a daily basis from a multitude of sources – with computers, cell phones, power lines, fluorescent lights, home wiring, airport and military radar, substations, transformers and appliances.   Brain tumors, leukemia, birth defects, miscarriages, chronic fatigue, headaches, cataracts, heart problems, stress. nausea, chest pain, forgetfulness, cancer and other health problems have all been blamed on EMF.  Some studies have suggested a possible link with power lines and childhood leukemia while others could not make any case for it.

Research has been conducted over decades to make the case for EMF and cancer but it appears there is no human or animal based research that has been conclusive. Some of the research MEC has looked at includes the following:-

No Danger from Magnetic Fields in Electric Cars
(http://www.sintef.com/home/news-from-gemini.no/no-danger-from-magnetic-fields-in-electric-cars/)
Magnetic Field Exposure and Cancer
(http://www.cancer.gov/about-cancer/causes-prevention/risk/radiation/magnetic-fields-fact-sheet)
Electric and Magnetic Fields Associated with the Use of Electric Power -(http://www.niehs.nih.gov/health/materials/electric_and_magnetic_fields_associated_with_the_use_of_electric_power_questions_and_answers_english_508.pdf)
Increasing incidence of childhood leukaemia: a controversy re-examined
(http://www.ncbi.nlm.nih.gov/pmc/articles/PMC2360402/)

The facebook commentator suggested such studies were funded by ‘the industry’ and hence invalid (there is some validity to claims of industry supported studies – Motorola and the US Air Force) however I could find no reference to these organisations in the above studies.  He didn’t elaborate on ‘the industry’ when asked.  The one person he did reference was Michael Repacholi on the respected website MicrowaveNews (http://microwavenews.com/).  MicrowaveNews is an independent site reporting on the potential health and environmental impacts of electromagnetic fields and radiation.

EMF even at low levels may contain risks that are greater than what is currently considered safe.  There may be some EMF risks involved with riding in an electric car although it is difficult to find peer reviewed science that demonstrates this.  The greater risk, as in other types of vehicles, would be death or injury caused by accidents.  Carcinogenic risks are of course something we are very familiar with from internal combustion engine vehicles.

We know that emissions from petrol/diesel vehicles do cause cancer and a range of other illnesses.  The World Health Organisation has stated that around 7 million people die annually from both outdoor and indoor air pollution.  A large number of these deaths can be directly related to the insidious and poisonous emissions from fossil powered vehicle exhaust.  When weighing up the possible EMF risks involved in driving an electric car we should also consider the uncontroversial facts surrounding the toxicity of our current transport fleet.

Don’t forget to become one of our switched on subscribers – you get exclusive content and EV news – great articles, EV topics & information – we will never spam you or share your details… just click below
August 20th, 2015|Tags: Air pollution, Air quality, cancer, EMF, Health, Health Issues, Motorla, radiation, US Air Force, WHO|