We have all witnessed the calamitous floods and destructive forces hurricanes Harvey and Irma have unleashed on Texas and Florida. Similar and even more devastating flood events have affected over 40 million people in India, Bangladesh and Nepal.

At the same time forest fires are raging across the US and Canada. 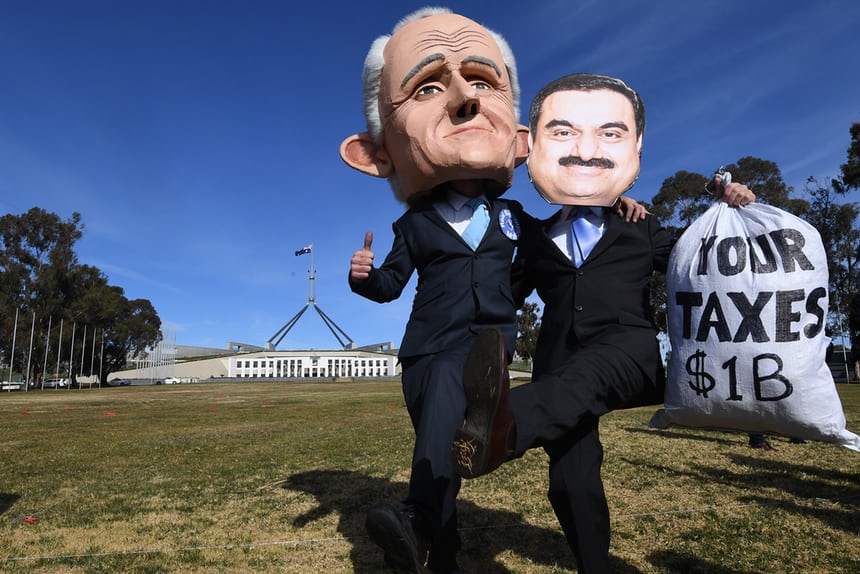 Meanwhile, New Zealander of the Year, deputy prime minister of Australia and proud climate skeptic Barnaby Joyce is spruiking the glory of coal and hoping to push through legisation curtailing the activities of groups who are challenging his pay masters in the fossil fuel industry.

One can only surmise he has been bought by vested interest in the form of the foreign financed Minerals Council of Australia and the fossil fuel industry. We have the best politicians money can buy in Australia with the Queensland government being the defender of the Adani Group and billionaire Gutam Adani currently under investigation for fraud. Meanwhile the federal government is hoping to fleece the Aussie taxpayer of a billion dollars to prop up Adani’s financially unviable, disastrous coalmine.

Environmental criminality and the corruption of democracy anyone?