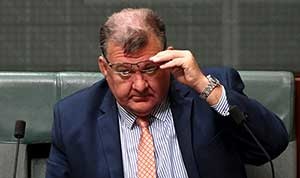 There’s been a flurry of electric vehicle stories since the environment minister, Josh Frydenberg, dared to talk about the coming EV disruption. The penny may have dropped with Josh but the opponents to anything considered remotely green or connected to climate change were soon on the Murdoch battlements decrying the obvious and preparing their fake news salvos.

It didn’t take long for the predictable distortions – EVs are more polluting than Internal Combustion Engine vehicles, great big carbon tax, no subsidies for electric cars. The rallying cry and the rant against the global disruption were pretty predictable from the COAL brigade of the COALition. To illustrate how pathetic the debate in Canberra is when it comes to renewable energy, energy policy, electric vehicles or anything to do with moving from industrial revolution technology, Craig Kelly was at the forefront decrying subsidies on EVs and backing it up with totally misleading information about the carbon footprint of EVs and ICE vehicles.

Craig, a climate change denier, is the chair of the Coalition’s government energy and environment committee. His very position speaks volumes about the acquiescence of the current federal government to the looney rantings of the far right and the influence of the fossil fuel lobby. Fake news and Trump twitter ravings are the political flavour on the right of politics. Emboldened by the Murdoch press, Australia is being held back from a disruption to the transport sector that is growing exponentially throughout the world and for which we are woefully unprepared. Craig is notable for his assertion “People will die due to renewables” – news for you Craig, “People are dying right now from toxic vehicle emissions“ – around 2,000 every year.

What’s crazy about this situation is the abject willingness of the government to spend billions of dollars on the oil countries of the middle east and asia. The figures show that Australia is spending over $42.8 billion annually (2014 figures and growing) in energy imports that could be spent in Australia with a shift to existing technology. That $42 billion will grow to $130 billion in a business as usual scenario by 2030. What a whopping shopping bill the coalition is willing to impose upon the Australian population in their ideological pursuit.

On top of that and according to government studies, there are more premature deaths from vehicle exhaust in Australia than road accidents. The Coalition doesn’t seem particularly perturbed about Australians dying from sucking in toxic vehicle exhaust nor the externalised impost on health services to the tune of billions of dollars annually. Wouldn’t any reasonable person consider that a subsidy to the oil industry? The poisons being spewed out of ICE vehicles lead to heart disease, cardiovascular disease, lung cancer, stroke, respiratory illnesses, kidney disease, dementia – the list just keeps getting bigger with new research findings. This is tobacco all over again!

Then we have the ludicrous situation of our liquid fuel security. It looks as if some steps are being taken in this regard but the situation at the moment is that in the event of a disruption to liquid fuel supplies, Australia has enough stored to keep the nation running for two weeks maximum. Then no fuel at the bowser, no food in the shops and no supplies to the hospitals. End of lifestyle! Isn’t the primary job of a government the protection of its citizens? Shouldn’t this be about risk management? 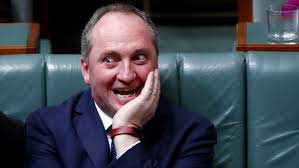 The argument about CO2 emissions or climate change is irrelevant when it comes to our ICE fleet. There are so many other compelling reasons we should be changing as quickly as possible.  Just to reiterate, it costs us tens of billions in imports, it is poisoning us all every time we are driving or walking on our streets, it is a security risk in the extreme if supplies are impeded. Yet we have Craig Kelly ranting and raving while being completely ignorant of the reasons why we should change our toxic fleet as soon as possible. 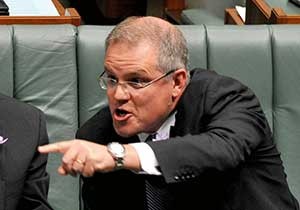 Of course the other ‘anti anything that remotely smells green’ buffoons in the government – Deputy Prime Minister Barnaby Joyce and Treasurer Scott Morrison, notable for their unwavering allegiance to the coal industry, have been on the ramparts decrying any idea of assisting electric vehicle uptake. How much does the fossil fuel lobby pay these puppets for their undying loyalty? Bribery by vested interest is corrupting our democracy – oops that’s right, we don’t call it bribery, we call it political donations.

While private interests are ‘donating’ to politicians and political parties those politicians and political parties will push private interest. This reaction to something that is so obviously beneficial in so many ways to the Australian community is a timely reminder that all private donations to politicians must cease, whether it’s unions, wealthy individuals, companies. Public money should be used to fund political campaigns – only then will public interest replace private interest. Is it no wonder so many are disgusted with the state of politics when vested interest is hindering the uptake and benefits of future technology for the Australian people.