The Importance of Professor Goodenough

The Importance of Professor Goodenough 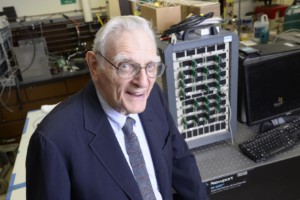 John Goodenough is not a household name, yet the majority of households in the developed world make use of his discoveries virtually every day. It was Professor Goodenough who oversaw the major breakthrough in lithium ion battery technology during his time at Oxford University where he brewed the secret sauce for modern lithium batteries back in the late seventies & early eighties. Now at the age of 94 he’s announced a followup breakthrough that could be of the same magnitude.

We have been following solid state battery technology for a  number of years and our battery page (published on Jan 1st 2014) predicted the rise of solid state batteries. This breakthrough promises significant improvements over today’s lithium ion technology – eliminates the fire risk (thermal runaway), can be shaped, is more reliable, smaller, doesn’t degrade in cold conditions, has double or triple the energy density, eliminates the dendritic (gunk) build up on the electrodes, has much longer life, will charge faster and to cap it all, production costs may be as little as one fifth of today’s batteries.

The latest announcement may be ushering in the replacement of lithium with sodium, a more common and cheaper element, perhaps bringing to an end the age of the lithium battery. It’s still early in the piece and it typically takes some years of testing, refining and proving in the real world before a new technology like this comes to market. Till then lithium reigns supreme.

We don’t often report on ‘battery breakthroughs’ as they often promise much though fail to deliver but Professor Goodenough is a true legend in his field and vastly under recognised for the importance he has played in enabling the technology that shapes our modern world. He is a Professor in Chemistry, Engineering and Physics (give me a break please). Here’s a little from Wikipedia:

“He is currently a professor of mechanical engineering and materials science at The University of Texas at Austin. He is widely credited for the identification and development of the Li-ion rechargeable battery as well as for developing the Goodenough–Kanamori rules for determining the sign of the magnetic superexchange in materials. In 2014, he received the Charles Stark Draper Prize for his contributions to the lithium-ion battery.

Professor Goodenough is a member of the National Academy of Engineering, the National Academy of Sciences, French Academy of Sciences, and the Real Academia de Ciencias Exactas, Físicas y Naturales of Spain. He has authored more than 550 articles, 85 book chapters and reviews, and five books, including two seminal works, Magnetism and the Chemical Bond (1963) and Les oxydes des metaux de transition (1973). Goodenough is a co-recipient of the 2009 Enrico Fermi Award. This presidential award is one of the oldest and most prestigious given by the U.S. government and carries an honorarium of $375,000. He shares the honor with Dr. Siegfried S. Hecker, professor at the Management Science and Engineering Department of Stanford University. In 2010 he was elected a Foreign Member of the Royal Society. On February 1, 2013, Goodenough was presented with the National Medal of Science.

The Royal Society of Chemistry grants a John B Goodenough Award in his honour.” 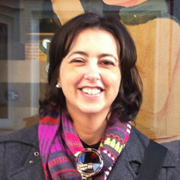 OK, we’re still a few years away but even so, imagine an EV with a 1,000kms range battery the size of a suitcase or two!  The cost of EVs will plunge dramatically with such technology. Home energy storage costs will fall to the point of being a ‘no brainer’ plus the bonus of no blackouts. Grid scale energy embraces the bang for the buck as battery storage becomes cheaper and more efficient than any competing technology. Solid state batteries will be hard to compete with by any measure. They eliminate the shortfalls in lithium tech while tripling energy density at a fraction of the cost of today’s offerings. This tech may be commercialised by the early 2020’s and will further accelerate the disruption we are seeing in transport and storage. It is another nail in the coffin of the fossil fuel industry.

(We recently blogged an opinion piece for the Masdar Technology for a Sustainable Future competition in which we stated that solid state batteries may be commercialised over the next 5 years. This announcement is a year or two ahead of our thinking on solid state!)

Other companies (such as Dyson) are developing solid state batteries but it looks as though the father of the lithium battery has just outdone himself with this latest announcement. What a guy! Nobel Prize anyone?