Driving the Tesla Model 3 in Australia

Driving the Tesla Model 3 in Australia 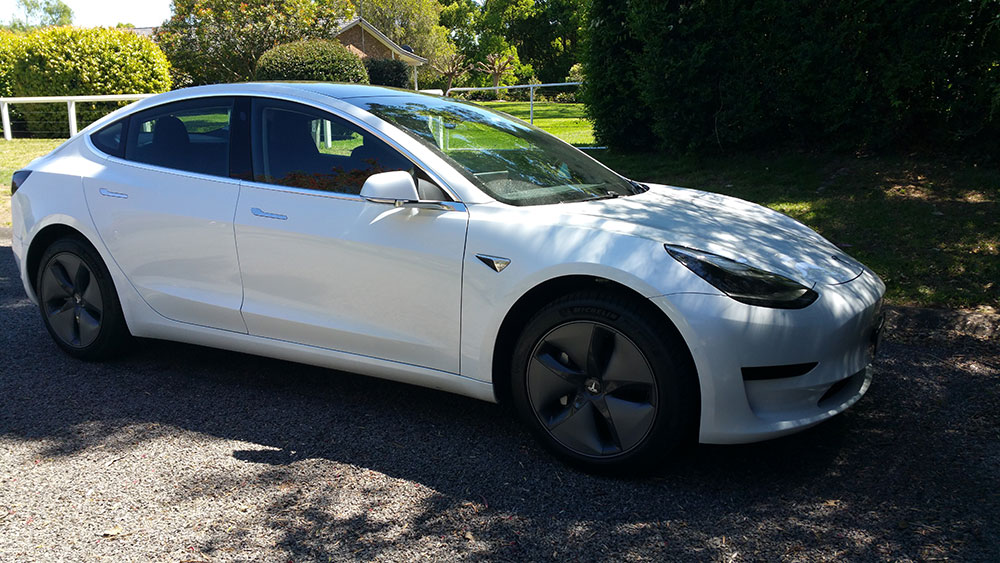 I had the opportunity recently to experience the Model 3.  This isn’t an in-depth review of the nitty gritty details of the car but more an overview and general impressions of this stunning vehicle. Plenty of Youtube video reviews are available that go in to much more detail. My previous experience with Tesla vehicles includes driving four different Model S models plus a ride in a Model X.  This was my first time in the Model 3. It has been a long wait for these cars to get to Australia but I suppose the silver lining in such delay is that all the bugs have been ironed out.  And there were a few with the early Model 3s such as panel gap issues that were not evident at all in the car I drove. Have to give a big shout out to The Menu Company (themenucompany.com.au) for trusting me with its new car!

There were a few things to set up such as auto-pilot, driving position etc. before I got going. It handled beautifully with a ‘planted’ feel on the road and the pickup was as legendary as everyone who has driven a Tesla has experienced. It is breathtaking in acceleration despite it being the ‘slower’ version (we drove the Model 3 Standard Plus). Perhaps when they start arriving early next year we’ll get an opportunity to try the Performance model.

When this vehicle was announced over three years ago MEC speculated it might be as important a car as the Ford Model T was in its era. Driving it over the weekend did nothing to diminish those early expectations. During our time with the car it had over the air (OTA) updates drop in which effectively meant the car is a better version of itself than when it was first bought! Some other manufacturers have taken this essential leaf from Tesla’s book and incorporated OTA updates for their own models. OTA is one of those essential significant features without which other EVs in this price bracket are really sub par. 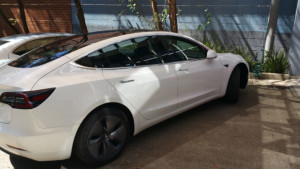 So what about charging – of course we still see the naysayers complain about ‘hours to charge’. We took it to a Sydney supercharger and went from around 50% to 80% in about 11mins. It really was no big deal. Home charging does take longer of course  but with most cars sitting idle 90% of the time this isn’t an issue for the majority of people.  Plug and forget – takes all of ten seconds and no smelly petrol stations to contend with and so much cheaper to fuel (around a quarter to a third the cost of petrol for equivalent distance).

Any downsides? None that we could find in the limited time we had with the car. The screen was extremely responsive and very intuitive. The only complaint would be the price – it’s still an expensive car by Australian standards. That is as much to do with the exchange rate for the Aussie dollar as anything else. ICE cars in this price bracket are basically a waste of money and an investment in old tech that could turn out to be a stranded asset over the coming years. There is no going back where this type of modern electric tech is concerned. It is the future and it’s here already. Like its new owner I thought the Model 3 was the best car I’d ever driven – yes even including the Model S vehicles previously driven (oops sorry Model S owners). Thanks once again The Menu Company !