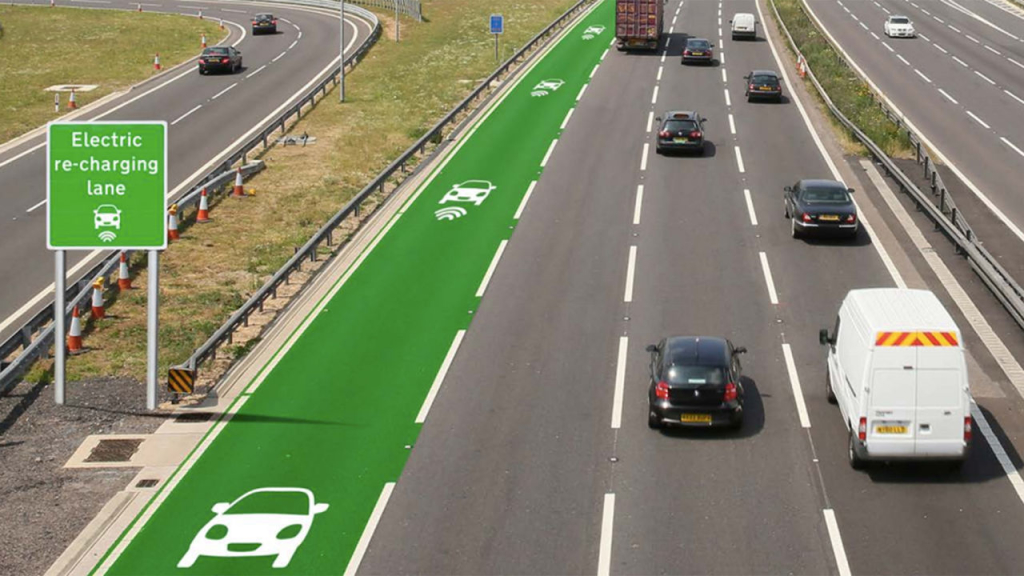 You may already have heard of inductive or wireless charging.  Some consumer electronic devices have this capability.  It simply means transferring energy using an electromagnetic field and has been known about since the days of Nikolai Tesla who invented the Tesla coil in 1891.  This type of technology is also being developed for charging electric vehicles where you simply drive over a transmitter and park.  The receiver in the EV picks up charge without the need to ‘plug in’.

In the UK Highways England, a government owned company sponsored by the UK Dept. of Transport, announced back in August they would be conducting off road trials of this technology where the EV simply drives along a special stretch of highway with the transmission cabling built in.  This effectively means charging while you drive without the need to stop and recharge the batteries.

A feasibility study into ‘dynamic wireless power transfer’ was completed earlier in the year and the trials are commencing based on the results of the study.  The Brits are pumping over a billion dollars Australian into the technology over the next five years.

“The potential to recharge low emission vehicles on the move offers exciting possibilities. The government is already committing £500 million over the next five years to keep Britain at the forefront of this technology, which will help boost jobs and growth in the sector. As this study shows, we continue to explore options on how to improve journeys and make low-emission vehicles accessible to families and businesses.”

The trials will last 18 months with the intention of then rolling out the technology roads depending on the test results.  Highways England also intend to have charge station every 20 miles on the UK motorway network to encourage the uptake of ultra low emission vehicles.

“Vehicle technologies are advancing at an ever increasing pace and we’re committed to supporting the growth of ultra-low emissions vehicles on our England’s motorways and major A roads.”

Meanwhile back in Australia, the government huffs and puffs about technological advancement and innovation but still has no incentives in place for electric vehicles unlike just about every developed country in the world ………… wake up Malcolm …….. yawn!

Don’t forget to become one of our switched on subscribers – you get exclusive content and EV news – great articles, EV topics & information – we will never spam you or share your details… just click below
December 6th, 2015|Tags: Batteries, Health Issues, RAC Electric Highway, Tesla, Wireless Charging|