Car Jacking a Self Drive Car

Home/admin/Car Jacking a Self Drive Car

Car Jacking a Self Drive Car 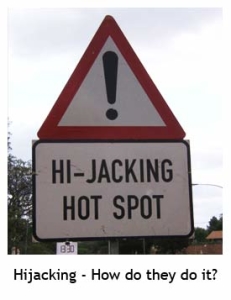 We’ve all heard of car-jackings but could a driverless car be hijacked by a hacker?  Apparently it’s already been done and manufacturers developing this technology are beefing up security systems to prevent it.  It’s predicted there could be as many as 20 million of these vehicles by 2020 so the concern is quite serious.

Looking a little further down the road (pun intended) could an Artificial Intelligence (AI) vehicle turn on its human passengers at some stage – “I’m fed up driving you stupid humans everywhere”.  Pretty silly I admit but the idea of AI has some very smart people alarmed.

Both Elon Musk and Stephen Hawking have voiced concerns about true AI – where machines improve on themselves with potentially scary possibilities for us ‘dumb’ humans (think Terminator).  The singularity is a term that has been attached to the dawning of true AI with predictions it will occur sometime around 2045.

Hawking commented “One can imagine such technology outsmarting financial markets, out-inventing human researchers, out-manipulating human leaders, and developing weapons we cannot even understand.”  Would intelligent machines look upon us as Agent Smith (an AI projection) explains when interrogating Morpheus in The Matrix:  “Human beings are a disease, a cancer of this planet. You’re a plague and we are the cure.”  Would such machines look upon us with our dubious track record in this way?

Just to lighten the subject, here’s an interview with Stephen Hawking from Last Week Tonight with John Oliver where the idea is broached. Enjoy.